On Jul 5, 2014, I found this cicada wing on our driveway. The Scissor-grinder Cicadas began singing around our West Toledo home on June 30. Time to transition from birdsong to insect song. 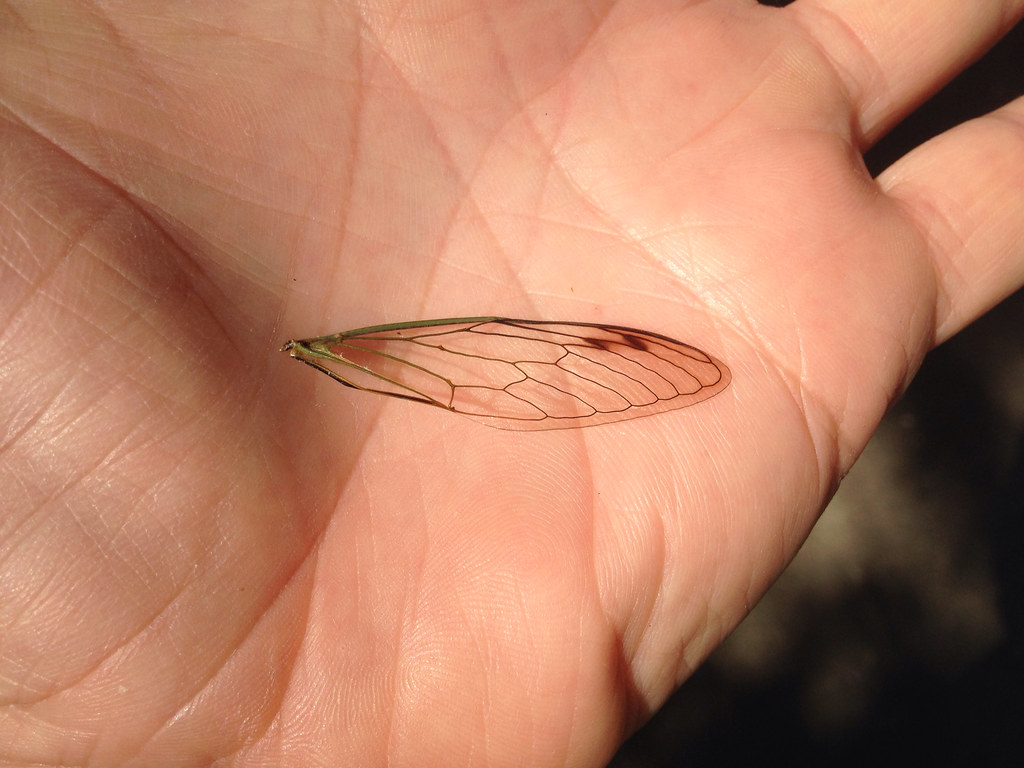 When the Scissor-grinder Cicadas begin singing in our neighborhood at the end of June or the beginning of July, only a few sing, and they begin signing each day after 8:00 p.m. As the summer wears on, their numbers increase, and they begin singing earlier in the day. But the Scissor-grinder seems to be most active, song-wise, in the late afternoon and especially during the evening. It can get quite loud with continuous song as at least a few are singing at any given moment.

Occasionally, the Linne's Cicada sings around our home.

The Swamp Cicada dominates the song along the lake shore. Swamp Cicadas begin singing in the morning and sing throughout the day.

In July, the Cicada Killer Wasp burrows up from the ground in our neighborhood. For some reason, this wasp does not burrow up from our yard. I see it in other yards when I walk around the neighborhood. It's a big, bold, beautiful wasp. It's harmless to humans, but because it makes large sand piles on the lawns, and because it will fly around low to the ground and sidewalks near its burrow, and it because it looks ominous, uninformed humans resort to toxic chemicals to kill the wasps. It's a shame what ignorance can do to nature.

During the last half of summer and into the fall, the crickets and katydids will add to the song chorus in our neighborhood with grasshoppers singing in more open areas.

All this insect song can linger to late October or early November, depending upon the delay of cold weather.