This will be a fun weekend to be outdoors.

A Wind Chill Watch exists that will probably be upgraded to a warning later. But based upon what we've experienced so far this winter, this weekend's weather is not that bad. 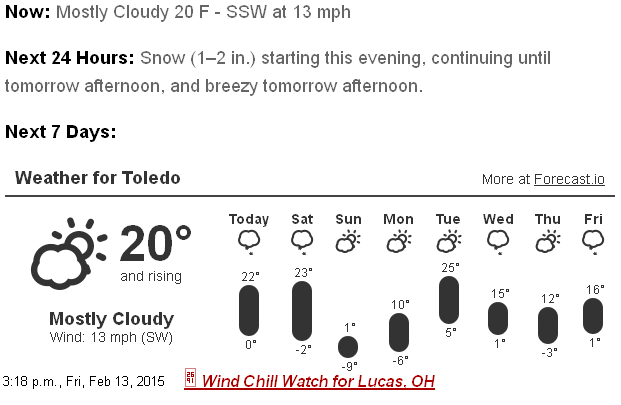