(some of my info that I posted at ToledoTalk.com)

"they've updated the online version with more examples of the overall branding."

Indeed. The Blade story that started this thread contains info that I missed in the original story. 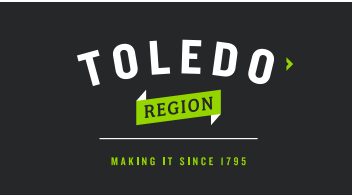 I like the badges, icons, or whatever they're called. Even birdwatching has one. It was an activity mentioned on the old site. 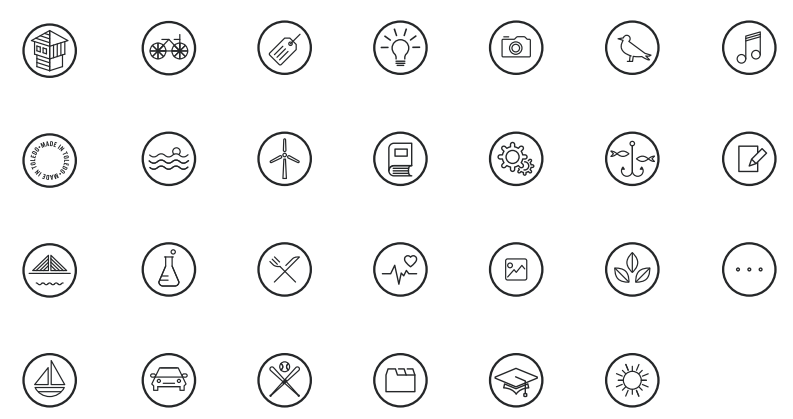 Some other images from the new branding kit: 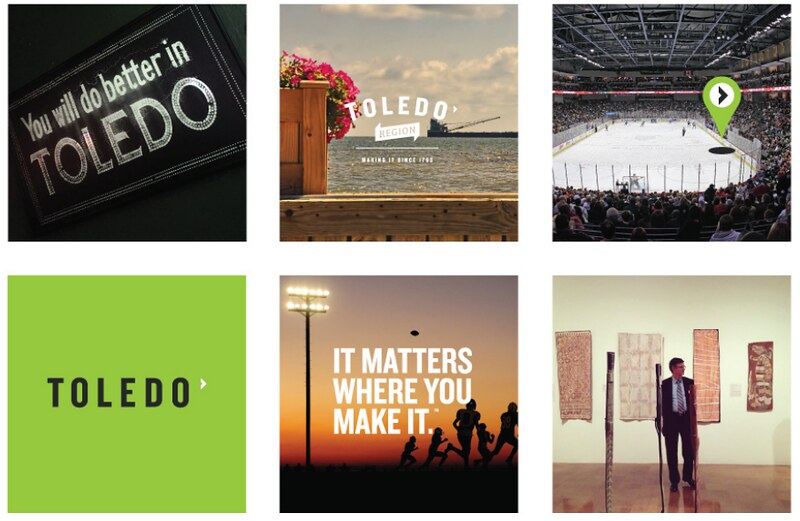 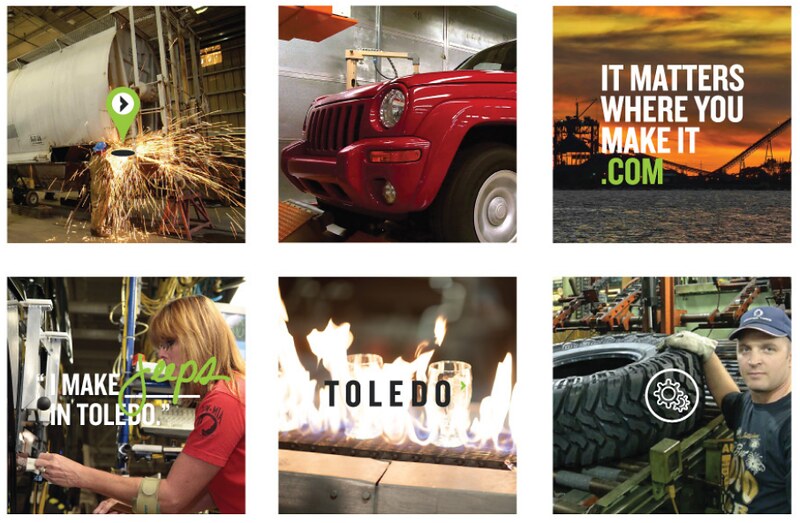 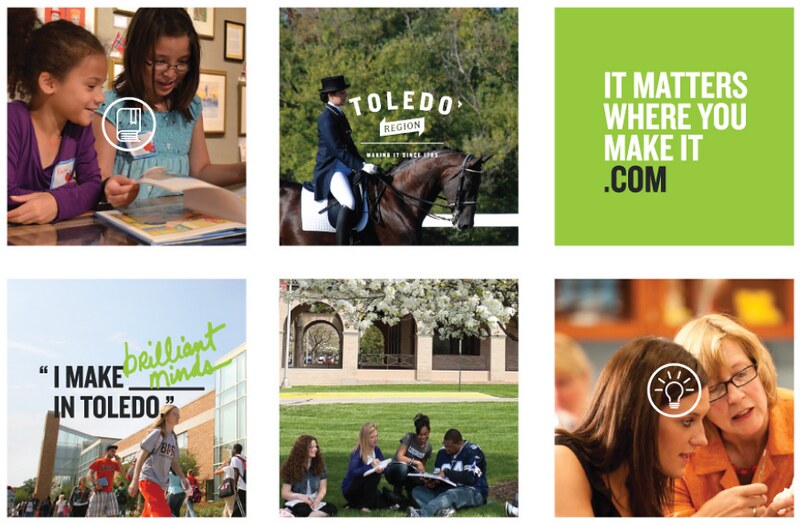 That's probably why a blank one existed, so you could, you know, fill in what you want.

"I MAKE Whoopie
IN TOLEDO."

You can use this HTML at Toledo Talk. Replace the three questions marks with whatever.

"I MAKE Web Apps
IN TOLEDO."

That's hilarious. WSPD attempts to ridicule design work from a Toledo firm by pointing to the wrong logo. Apparently, accuracy is optional at the station.

I doubt WSPD is qualified to discuss design based upon the look of their website.

It's interesting that the top of the WSPD site states, "Toledo News, Traffic, & Weather," but they have a drop-down menu option titled "NSFW." I could understand that kind of data existing on WIOT's site, but I guess class is also optional at the so-called news station.

The right arrow in the new logo design that indicates forward reminds me of what exists in mobile apps and image slide shows or carousels where the right arrow usually implies more info, next, or forward. 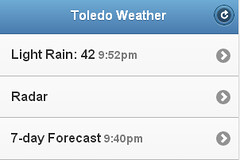 The new logo design could have applications on the web or in apps.

This is simple HTML not an image, so it looks plainer, but the arrow and the text at the bottom are links that point to the same page.