Mr. Finkbeiner ... The unendorsed Democrat had two Toledo city councilmen and the representatives of three union organizations on hand.

The state party is helping to pay for a full-time manager for Ms. Hicks-Hudson, experienced Columbus operative Ernie Davis ...

His past experience includes: 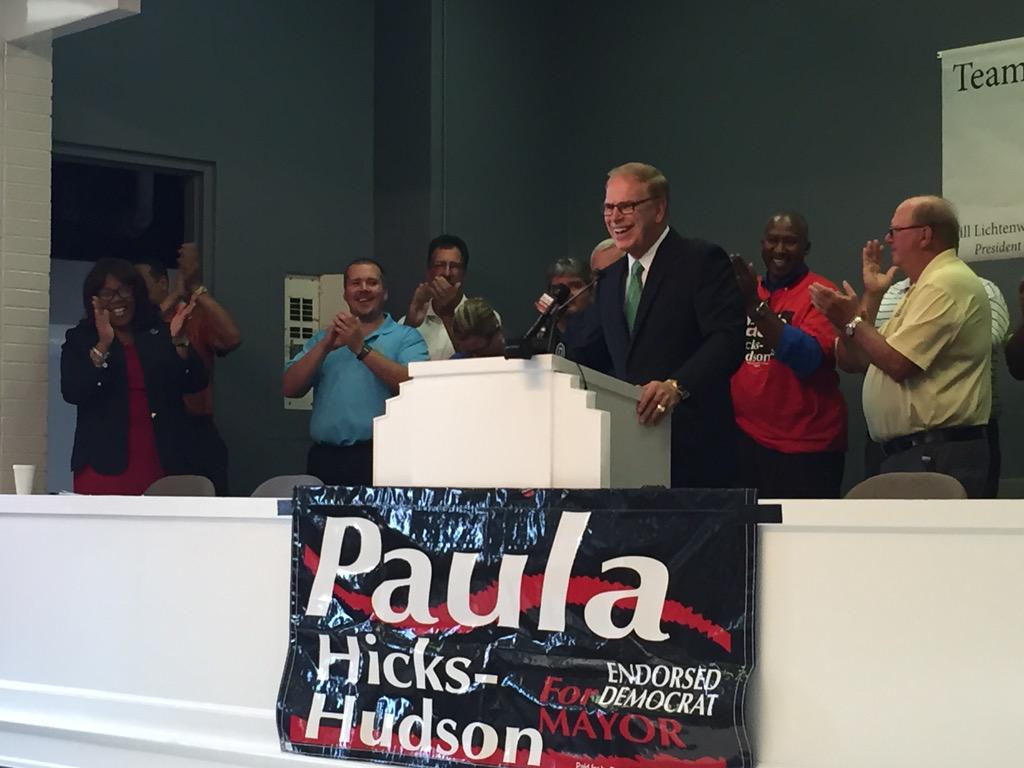 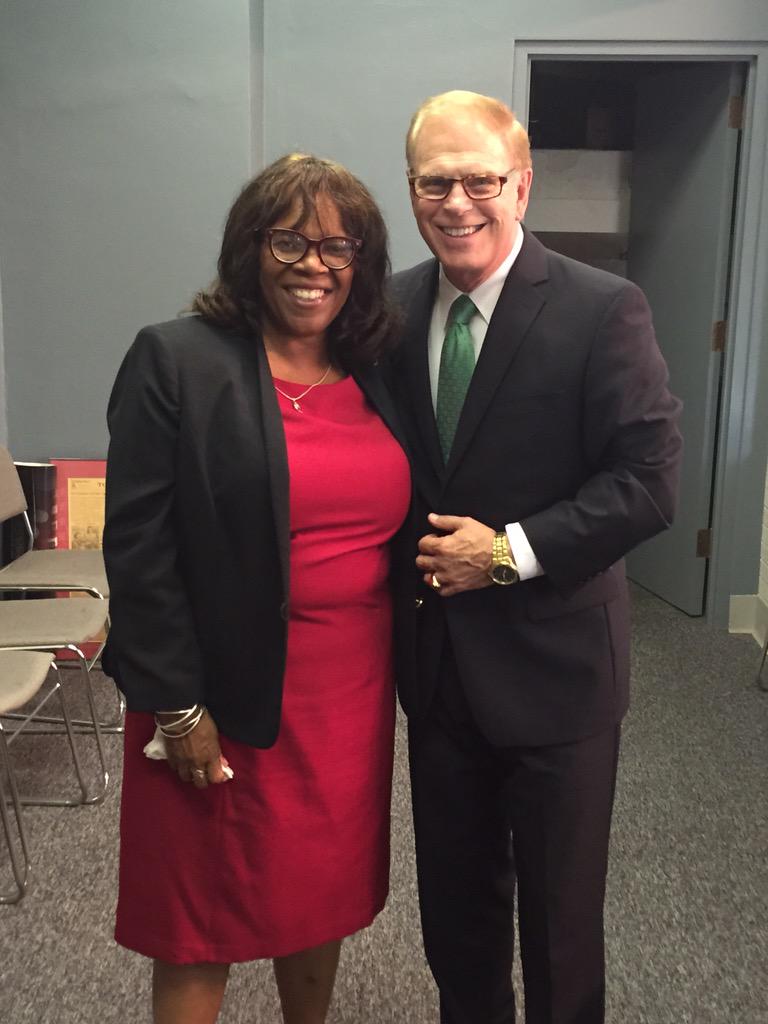 PH2 has the heavy hitters in her corner.

And that means what, exactly?

Former Toledo mayor and current mayoral candidate Mike Bell was also associated with Strickland's administration when Ted was the democrat governor of Ohio.

More Tom Troy tweets that are about what PH2 said yesterday.

@phh4Toledo says others making promises but "city doesn't have $ to the checks" for those promises. Her only promise - safe, livable city.

Right. Because a vague promise like "safe, livable city" costs no money.

@phh4Toledo says she's going to have law dept hunt down & sue those who polluted Lake Erie.

Mariner started a thread about this disturbing idea.

Ms. Hicks-Hudson vowed to appoint a special counsel to sue those whose pollution is forcing city water users to fund new treatment and security procedures.

“The people of Toledo did not create this problem and they should not bear the burden of fixing it,” Ms. Hicks-Hudson said.

Wow. This looks like nothing more than a scary money grab for PH2's version of Toledo.

This is yet another reason why the outlying communities will never trust Toledo officials when the concepts of unigov and regionalism are discussed. It's always another community's responsibility to pay for Toledo's self-inflicted problems.

I thought that it was impossible to out-asshole Carty, but the Toledo Pride Parade grand marshal Obergefell succeeded in doing that last Saturday.

I thought that it was impossible to out-derange Carty, but Paula Hicks-Hudson has succeeded in doing that yesterday.

It's stunning. By accident, others are going to make Carty appear to be a worthwhile mayoral candidate.

Communities like Oregon and Port Clinton also draw their tap water from Lake Erie, but are they planning to hunt down and sue polluters? If they do, they could start by filing lawsuits against the city of Toledo.

The city of Toledo (80 square miles) is a major Lake Erie polluter because of a broken sewer system that allows raw sewage to spill into our rivers and streams. The city provides data to support this. But I understand that this fact is lost on PH2 since it appears that utilities director Ed Moore believes that our sewer system handles all heavy rainfalls. That's why Hacks-Hudson gave the incompetent Moore a significant pay raise.

PH2 will need to sue all the shitters and pissers in Toledo and in the rest of the Maumee River watershed. And she'll definitely need to sue everyone in charge of maintaining our sewers.

While the farmers get most of the blame, lawn chemicals have been cited as a small contributing factor to Lake Erie's problems.

I expect PH2's new gestapo to sue every homeowner, business, landlord, and landscape company that is spreading toxic chemicals.

And if PH2 is elected mayor, she should work to outlaw lawn chemicals in Toledo. Shared sacrifice. We all need to do our part to clean up Lake Erie.

The study calls for greater controls on the use of commercial fertilizers, on lawns as well as farms.

Yo, PH2, look inward. Before hunting down the polluters in the outlying areas, you might want to focus on TOLEDO's significant contributions to Lake Erie's problems. Hell, simply employing competent people would be a massive first positive step. And probably a lot cheaper than employing bounty hunters.

As Mariner wrote this morning:

The brain numbing response is for the city itself to hold up a mirror first, put it's own house in order, then worry about the small violators.

Earlier this year, I thought that this mayoral election would be a snoozer, but it may turn out to be the whopper of wackiness.

The Lake Erie thing is a waste of time, in my opinion. The Toledo mayor will do little to correct something that has been growing for the last 20 years if not longer. And the "problem" involves a region that includes northwest Ohio and southeast Michigan and maybe more.

But unfortunately, "water" will be a major political distraction this fall, thanks to last year's alleged crisis in Toledo.

Why didn't the Toledo political turdsticks begin saving money and repairing our sewers 20 to 30 years ago? Even back then, they knew that our infrastructure was old.

If rubes choose a mayor based upon the best H2O idea, well then ... whatever.

"You should never underestimate the predictability of stupidity." - Bullet Tooth Tony